Guru Nanak’s life being a better example to be followed by the humankind at large than Christ’s. 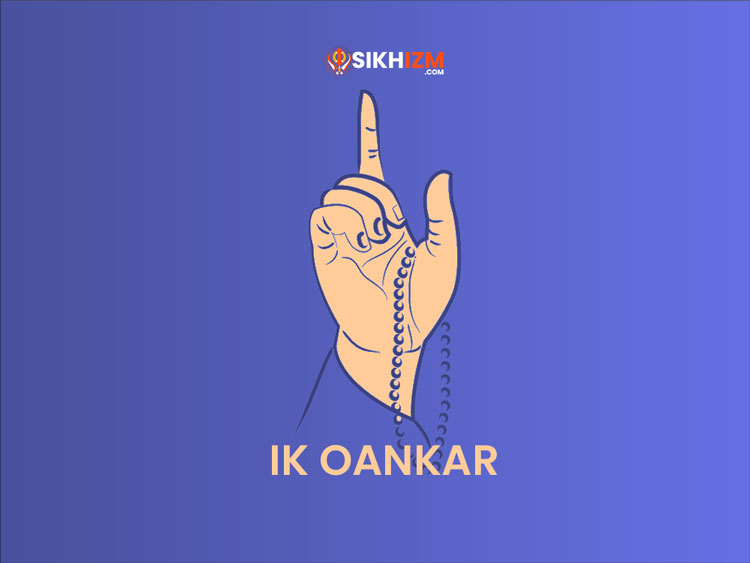 I am inclined to make a comparison of Nanak with Jesus, the founder of the Christian religion, in order to show that we can get more advantages if we set the life of Guru Nanak before us in our practical lives than we can do by that of Christ.

It is beyond any doubt that Christianity has attracted the enlightened nations of Europe and America and is making proselytes in other continents too. It, moreover, cannot be denied that the followers of Christ are foremost in power and wealth and they have established schools and colleges all over the world to teach the precepts of Jesus to Christians and non-Christian boys. Christian asylums are also found all over the land to receive and rear the orphans and widows of all cartes and climes.

Christian preachers go all over the land even in small villages and hamlets to preach the name of Christ, and English literature is so much replete with the precept of Christ that no educated and even an uneducated man in India can be expected to be ignorant of the name of Jesus, the founder of the Christian religion. But full information regarding him can be acquired by going through the New Testament, which treats of his religion, his life, and character.

By going through the New Testament, the most important fact, leaving numerous minutes and trifling facts aside, net with is that Jesus remained a bachelor in his life as well as he preached the people to abstain from marriage as far as possible.

But Nanak, the founder of the Sikh religion married and begot children, which he did knowingly and willingly in order to set the best example to the world; for, in fact, without the matrimonial life he led, he could not practically prove the possibility of serving two masters, the world and heaven, at the same time, which was considered by Christians an act of utter impossibility for long and long ages.

Christians make a mistake—nay they do not make mistakes, but wilfully shut their eyes against the truth— when they say that life of Christ is the best example to the world at large. They go so far as to say that great advantage Christianity has over all the religions of the world, is that it not only contains precept but an example for the guidance of human beings in their practical lives.

If we, however, go to the depth of the matter, we find that it is as apparent as the Sun that a greater part of the humankind is quite unable to follow Christ as well as his precept; while Guru Nanak’s life and teachings are so eminently suited to the practical life that men of all grades can act upon them without the slightest obstacle in their way.

In order to prove the above statement, I divide humankind, according to their modes of living and thinking into the two most important classes.
1. Persons, who are engaged in Gaharist Asharom or Family life viz those who enjoy family life.
2. Persons, who practice devotion or Fakeeri panth and are called devotees.

There is a third class, but it is not worth taking into account. I mean those persons, who enjoy neither Grihastha Ashram nor devotion. They can be made to belong to the neutral class, which can be ascribed to the weeds, which commonly grow in the crop of every field. ‘Weeds do no good but lessen the growth of the crop, for which gardener toils day and night. Gardener, however, knowing the existence of weeds injurious to his crop, allows them to grow along with it, for fear that if he takes immediate steps against the weeds, his crop also suffers. So does our heavenly Father. He keeps the neutral class for the safety of those persons, who enjoy family life or devotion.

As the weeds get an equal share of the water and manure, which the gardener puts in his crop to keep his crop flourishing, so this neutral class partakes of all the heavenly blessings which are sent from above for the persons engaged in Gharist Ashram or devotion.

When the crop is ripe; the gardener cuts it and heaps it carefully in his barn, but he collects the weeds and burns them to ashes in order to destroy their seeds. The same fate awaits this neutral class. Hence I leave this neutral class altogether, as it is not worth taking into account, and all the morals and religions are for the men of family life and devotion.

Thus dividing the humankind into two most important classes I see without any bias or narrow mindedness whatever that it is quite unreasonable to say that life of Jesus of Nazareth is the best example or Christianity is best suited to those, engaged in Grihastha Ashrama when Jesus openly preaches the impossibility of serving two Masters, the world and heaven at the same time. (Mathew IV. 24).

The chief duty of a man of Grihastha Ashram is to marry and beget children, but Christianity preaches “ it is good for a man not to touch a woman. ” (I. Corin. VII.) When he is married, great responsibilities fall upon his head. He has to support his family and to provide himself against the future unknown emergencies, which he can not do without laying some treasure upon the earth.

On many occasions, he is obliged to resist evil and to bring the wicked to justice. He shows mercy upon those who deserve it, but he drives the hypocrites out of his house. He opens his door for the weary travelers, but he shuts them up against thieves and robbers. He receives a true devotee with open arms, but he kicks out those, who assumes his garbs only. His wife and daughters are willing to help the needy, but they fracture the skull of the wicked if they come to implore their mercy. In short, the man who is engaged in household life can not equally treat the whole of humankind; but he has to use discrimination.

Under such circumstances, it is obviously unreasonable to imagine that the man of family life will be able to follow Christ and his doctrines. If the Christians themselves practically realize Christ’s precept; their houses would fall in the hands of the robbers, and their lives even in the clutches of the murderers. Christian governments, which rule the greatest part of the world, would not stand even for a moment. But the principles taught by Nanak, are so praiseworthy, that everyone, whether engaged in family life or Fakeeri Panth, can act upon them.

To what do we liken this Grihastha Ashram which is enjoyed by the greatest part of the humankind? To the fathomless sea — which is so humble that it bears the heavy burden of ships, laden with tons of cargoes, without any murmur; and yields to the boats which swiftly pierce through it, without any resistance; but sometimes, it ebbs and flows with such a fury as to swallow all that comes in its reach. Yes, to the sea, which has brackish water, but produces those priceless pearls which crown the heads of the kings and emperors, let us ascribe this Gharist Ashram, for its ebbs and flows are no less violent than those of the sea, and its fruits are likewise, sweet and bitter. If the furious crocodiles & whales are a cause of danger to the swimmer in the sea, the robbers and ruffians threaten the life of the man, engaged in the Grihastha Ashram with the same fury.

O’ ye, Man ! can you without the help of a sailor, hope to cross over the Grihastha Asharam Sea, so vast and expensive? Can you consider yourself so strong as to defy the fierce and bulky crocodiles, which much abound that horrible Sea?

Yes, you can not. If you, therefore, have will to pass through it and reach the other bank, where devotion resides, we point you out that Guru Nanak is ready to take you easily over that Sea. He is an expert Sailor—so expert he is true that he had willingly plunged himself into the fathomless Grihastha Ashram Sea and safely swam to the sphere of devotion, which every truth-seeker aspires to attain.

Christ as well as founders of some other religions stood on the safe bank and gave the people verbal directions either in proverbs or in a language too difficult to understand, but Nanak placed a full sketch of his own life before them so as to enable them to understand all the directions as easily as possible: for a man learns more by object lessons than by precept. On these accounts, it is true to say that he, who follows Nanak in his footsteps, becomes perfect in Grihastha ashram as well as in devotion.

To do justice to Jesus, however, I admit to the astonishment of non-Christians and Christians even that his life is so blotless and holy that he is an example to the devotee—a class of human beings who have entirely devoted themselves to God. Only a devotee can act upon his precepts, while these are above the men engaged in Grihastha Ashram. The fact is that only a devotee can confer his favors on the whole humankind, without any distinction of caste, color, and clime.

Devotee cares not at all if he himself is hungry and thirsty, but he is much distressed to see his fellow-creatures in a miserable state. He himself is content to bear the inclemency of the cold weather and scorching rays of a blazing sun, but he can not bear to see others in a state of nakedness and bare footedness.

People hate him and despitefully use him but he in return loves them without the hope of any reward. They call him an idiot and a fool, but he is ready to sacrifice his life for them. They seize him, bind him, and hang him, but he prays for their long lives and prosperity. In short, a devotee possesses such rare qualities that we, the worldly-minded men, are incapable to describe them. Unfortunately, a few men belong to this class; but a single devotee is sufficient to combat the whole of humankind. He never counts the odds against him but he makes “his standing place to move the world. ”