Guru Nanak's superiority in his mode of preaching the word of God, his amiability and love of peace- And another superiority, which Nanak holds over Christ, is that Nanak had such exceptional qualities as to win the hearts of his antagonists. 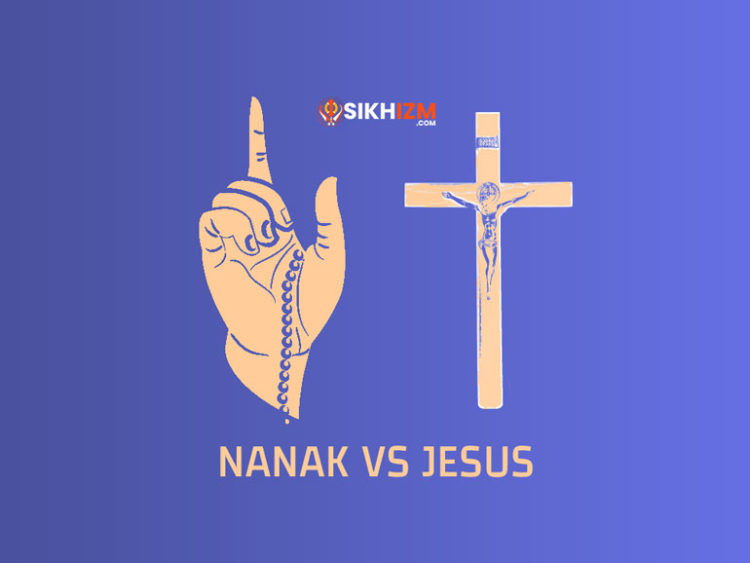 In those days when lawlessness and high-handedness were prevalent in the country—when the sword was the only arbiter in settling mutual disputes, Guru Nanak preached the word of God and bring the people to the right path, without creating any disturbance among those whom he addressed his lectures.

It is because in those times of disorder and irreligion he could travel among the bigotted Arabs and savage Afghans, where the “ system of Koran in one hand and sword in the other ” was in great vogue preaching his mission from place to place without offending, in the least, anyone.

Christ was quite reverse to him in this respect. He could turn his very friends into his dreadful enemies, so much is that his very elected disciples had not only left him alone in distress but denied to have ever known him in their lives, not only once but twice, thrice. We, moreover, see without any bias and narrowmindedness that the mode of preaching religious instructions, adopted by Nanak is so excellent, so praiseworthy and so worthy of general acceptance as to give the highest place among the founders of all the religions in the world.

Comparing with Jesus, Nanak’s sole object in preaching the religious principle was not to hurt the hearts of his audience. He used to introduce his speech with so much simplicity that the listeners at first took him for an ignorant man, but in the end, he contrived to arrive at such a clear conclusion that they were wonderstruck to find him a treasure of profound knowledge and wisdom.

Guru Nanak’s superiority as a Preacher

It is worth studying by every religious preacher how wisely and cleverly Nanak had pointed out to the Hindu pilgrims at Hardwar while they were engaged heart and soul in offering up the Ganges- water to the Sun, that their water, so offered up, would never reach their deity, millions of miles higher above in heavens. And how he had expounded to the Arabs in charge of the Mohammedan place of worship in Macca that God not only exists in the west but in all directions and everywhere.

Had he at such a time, when Hindu pilgrims at Hardawar, their sacred bathing place, and Mohammedans at Macca, were absorbed in their religious worship according to their respective religious emotions, made an extempore speech to point out to either of them the fallaciousness of their proceedings and deficiencies of their religions he would have met with a severe rebuff. But Guru Nanak preached such methods in those critical opportunities to bring them to the right point that they had no alternative but to assent to his words.

Christ, however, had not to deal with such rude and barbarous nations as Arabs and Afghans, he was fortunately destined to preach among meek and mild Jews; but still, he created great discontentment among them. It appears that Christ, although he had noble ideas and a noble mission to perform, had not well studied the complex nature of the human heart whose mechanism is so delicate as to be broken to pieces by a .single harsh word. It is because he had adopted such a harsh, off-hand, and authoritative mode of preaching religious principles as to disturb the equanimity of his listener’s minds.

On some occasions, Jesus of Nazareth in his zeal and energy in preaching his religion used to rebuke his audience in very strong and offensive terms. Mathew, one of his disciples, in the New Testament informs us that when a great multitude had gathered together to hear Jesus’s sermons; Jesus spoke them as follows.

His ire is not yet quenched, he still goes on,

Now consider, gentlemen, how far it is polite and reasonable such ignominious words to be addressed to the assembly of those persons, who had assembled together to profit themselves by the words of him, who had proclaimed himself to have been sent from heavens for an atonement for the sins of humankind.

To what extent their hearts would have been wounded, can not be delineated in words! Under such circumstances if the Jews, exasperated by such bitter reproaches, directed to them, not on a few occasions, stoned him, spat him, caught him, bound him, and tortured him to death in those wild days, they are not much to be condemned; while it is seen that even in these days of peace and tranquility and with so much advance of civilization, religious preachers, who, in their blind enthusiasm to induce others to hold the same faith as they themselves have, preach the religion they believe in, so doggedly as to wound the feelings of their audience, are mercilessly poisoned and murdered without any remorse.

For such occurrences lamentable and mournful though these are in their nature —people are not to be blamed, but mostly the preachers, who without mastering the habits and mode of living and other circumstances of the people, make such rash speeches as to create a disturbance among those, whom they intend to teach truth and religion. If such preachers are ill-treated; if they see premature grave; it is owing to their own imperfect knowledge to handle the subject, they intend to impress on the minds of others.

I admit without any fear of contradiction that the life of Christ, as far as it is known from the New Testament, is blotless and holy, his mission to save the people from vicious actions was noble. He used to preach the real truths. He had, moreover, well-studied theology, so he could claim to be the doctor of divinity; but he could not practically realize how to administer medicines, prescribed for cleansing the souls suffering from the disease of sins, in such proper dozes as to ensure immediate recovery without offending, in the least, any of his patients.

Truth is that to rich and poor he gave the dozes, in the same proportions. To young and old he prescribed the same medicines. Hot-headed and cool-brained were weighed in the same balance. To peers and peasants, he gave the same advice.

In short, he did not act as an experienced physician acts to gain popularity as well as to affect the recovery of those patients suffering for years from malignant diseases.

So the result was that the people did not like him, they hated him. They tried to remove him from amongst them so that they all joined together against him and he had to see the premature grave. But in the case of Nanak result is quite the reverse. He reached his patients in the form of a friend, soothed them in their afflictions, and applied healing balms on their bleeding wounds, and thus made wonderful cures. So Guru Nanak preached in a way that he was honored by both Hindus and Muhammadans.

All wept and cried on his death and were heavily sorrowful for losing him. And even after death he is revered and honored by the people of all castes and climes. But it was the will of the Great Creator to deprive humankind of such a noble person, so everyone had to resign in His will.

Alas! if Jesus would have known that it is possible to preach the truths of religion without offending others if he would have thought that being popular is the foremost duty of the founder of a religion; he would have survived long to profit humankind by his example and precepts!

If the religious preachers, even in these days, follow Nanak and preach their respective religions as he has preached; religious disputes and national hatred will become the fables of the past, and love and brotherhood shall reign all over the world in their place. May the Akalpurkh, the ever-living being, bring soon this long-coveted day.

Note: This article is from S. Thakur Singh’s book “Comparison of Guru Nanak with Jesus Christ” printed at Wazir-I-Hind Press, Amritsar back in 1906. Thakur Singh is known for his popular book “Life and Teachings of Guru Nanak”

Guru Nanak Dev Ji's mode of preaching the word of God was much superior in comparison to other prophets. Guru Nanak holds qualities to win the hearts of his antagonists which is rare in other religions. 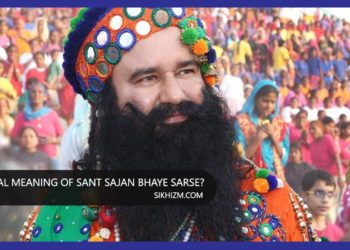