Bhai Mani Singh is counted among the supreme martyrs of Sikhs. He was a great scholar and one of the closest disciples of Guru Gobind Singh. Current Bir of Guru Granth Sahib which is revered as Guru by us, and is known as Damdami Bir, was written by Bhai Mani Singh Ji under the guidance of Guru Gobind Singh. Following Bhai Gurdas Ji, he was the 2nd Jathedar of Akal Takht Sahib and the 3rd Head Granthi of Harmandir Sahib.

At typically critical and chaotic times in the life of any community, some unique leader or a martyr does come up to save it from total canker and collapse. The Sikh community was facing just such a situation after the passing away of Guru Gobind Singh at Nanded (Maharashtra state) and the martyrdom of Banda Singh Bahadur. Bhai Mani Singh played his role in such a critical time when the Sikhs were paralyzed and divided into self-confronting groups and facing the threat of annihilation at the hands of Delhi’s Mughal emperor Farrukhsiyar and Punjab’s new governor Abdul Samad at Lahore. Bhai Mani Singh not only united all the warring groups but simultaneously completed the task of compiling the writings of Guru Gobind Singh in the form of “Dasam Granth”, establishing the sanctity of “Guru Granth Sahib” as the reigning Guru, creating literature to provide spiritual needs of the Sikhs and preaching the tenants of Sikhism to the masses so as to instill faith in them.

Bhai Mani Singh was born in Alipur, Muzaffargarh, Multan in somewhere between 1644 to 1672 CE. His grandfather Rao Balu Ram is believed to have sacrificed his life at the battle of Kartarpur while fighting for the 6th Guru Shri Hargobind Bhai Sahib. His father Rao Mai Das was a staunch follower of Sikh Gurus and used to visit Kiratpur, which was then the seat of the 7th Guru, Shri Har Rai.

Based on a critical analysis of ancient Sikh writings, it appears that Bhai Mani Singh may have been born no later than 1665.

On the eve of Baisakhi, Shri Mai Das visited Anandpur, which was at that time the headquarters of the 9th Guru, Guru Tegh Bahadur along with his 7 years old son then Mani Ram. Mani Ram and Gobind Rai happened to be of almost the same age group. Therefore, during his stay at Anandpur, Mani Ram was emotionally mesmerized by Gobind Rai. Both became playmates. This relationship lasted for life. For the next 33 years of a concentrated historic era, both sustained an unbreakable bond.

Young ‘Mania aka Mani Ram’ temperamentally tended extraordinarily toward spiritualism and educational pursuits right from an early age. He is said to have, soon mastered various branches of knowledge.

With the martyrdom of Guru Tegh Bahadur in November 1675, the young Gobind Rai became the successor Guru. He and his impassioned followers reshaped their strategies for dynamic action. Mani Ram stood steadfastly with his mentor and master all the while. Bhai Mani Singh, for long, a constant companion of his Guru, was also a conspicuous writer and included in the galaxy of 52 picked-up scholars at Paonta Sahib(Nahan in Himachal Pradesh). Bhai Mani Singh was a captivating Katha Vachik i.e. narrator of history and explanations of Gurbani. His style was arresting. He was adept at stirring emotions and injecting new spirits among his audience.

He was specially commissioned by Guru Gobind Singh for preparing the 3rd and final edition of Adi Granth and he also himself scribed some copies of the Adi Granth. He also wrote some explicit annotations of selected compositions of Bhai Gurudas apart from those of Japji, Asa di Var and Sidh Gosht, etc. His elaborations on “Rehat” and “Maryada” proved historic trendsetters for the Sikh community during the most critical times after Guru Gobind Singh. Later when he was Jathedar of Akal Takhat, he wrote Bhagat Ratnavali or Sikhan di Baghat Mala (this book), Gyan Ratnapali, and some other inspiring books. He thus dispensed an amalgam of Gyan (knowledge), Karam (action), and Bhagti (devotion), the needed antibiotic for social, cultural, and political malaise so as to integrate the Sikhs into a community of fearless fighters, righteous crusaders, and saint soldiers.

Sometime before the creation of Khalsa, Guru Gobind Singh appointed Bhai Mani Singh as his adviser-in-chief and Dewan in view of his credibility and qualities of head and heart. He was baptized as “Singh” on the historic day of Baisakhi on April 13, 1699 A.D. along with his family by the Panj Pyaras in the first batch of Amritdharis when Guru Gobind Singh also received baptism. Bhai Mani Ram thus became Bhai Mani Singh.

The Sodhi Masands in the occupation of Sri Hari Mandir at Amritsar had not permitted Guru Tegh Bhadur to enter into the complex and had even threatened his life. In 1699 A.D., Guru Gobind Singh forcibly evicted them. He then deputed Bhai Mani Singh to take the charge there and also bestowed a commendation certificate upon him.

During the evacuation of Anandpur Sahib

In the last and fiercest battle of Anandpur (1704 A.D.) when the Anandpur fort was vacated, the entourage of Guru Gobind Singh was scattered while crossing the flooded Sirsa, a tributary of river Sutlej. While Guru Gobind Singh with his two elder sons and a few companions went to Chamkaur, his mother Mata Gujri with two younger sons accompanied by their Brahmin cook Gangu went to his ancestral village near Morinda. The third group mainly comprised of Mata Sahib Kaur and Mata Sundari(wives of Guru Gobind Singh) accompanied by Bhai Mani Singh and some other members of the household reached Delhi safely. He later established secret contact with Guru Gobind Singh in Machhiwara forest and restored his family to him. This was a meticulous operation and speaks volumes of Bhai Mani Singh’s sagacity, skill, courage, and selfless devotion.

As Jathedar of Akal Takht

Bhai Mani Singh who had headquartered himself at Amritsar as Jathedar of Akal Takhat, as a father figure, played a key role in uniting the community. He even, resorted to force as and when needed. Mehnat Singh, the representative of Brandeis lost his life, and the supremacy of Tat Khalsa was restored. The union ceremony was performed under the leadership of Bhai Mani Singh as Jathedar of Akal Takhat. Bhai Mani Singh’s efforts filled the vacuum in the leadership and the supremacy of the “Akal Takhat” was accepted by one and all in the community. There was a positive metamorphosis. The hiding “Singhs” started their swoops on the Mughal armies. In the following years even the terrible foreign invaders, like Nadir Shah Durrani and Ahmed Shah Abdali had to confess the reckonable force and perceptible feel of the Sikhs. It can be said that the foundation of the Sikh empire of Maharaja Ranjit Singh was laid by Bhai Mani Singh.

Bhai Mani Singh paid special and meticulous personal attention to the management of finances. “Guru’s Golak” was a sacred community fund. He ensured that expenses were judiciously incurred and properly accounted for. As a measure of abundant caution, he apprised Mata Sundari of the financial accounts periodically to discharge his personal integrity and responsibility.

Bhai Mani Singh not only performed preaching and discourses at Amritsar but also toured the countryside to kindle the flame of Guru’s teachings and conversion of the peasantry into “Singhs”. These neo-Sikhs provided the enforcement to the hiding groups keeping the Mughal armies at bay. Maintaining gorilla warfare for a long time needs lots of money, rations, armaments, and manpower. As an intense observer and Jathedar Of Akal Takhat, Bhai Mani Singh realized the difficult situation and decided to bring all the Sikh armies on a common platform for demarcating their goal and action plan. He, therefore, decided to organize a huge congregation of Sikhs at Amritsar to serve as “Sarbat Khalsa” or general body meetings to pass common resolutions acceptable to all groups. Bhai Mani Singh was not a persona non-grata with the Mughal rulers. They took him as a harmless pious saint-academician Head Priest. So Bhai mani Singh obtained administrative approval from Lahore Durbar on the condition of paying Rs 1000/- as fees after the function

Zakaria Khan, the governor of Lahore tried to be cunning. He thought of grabbing the money and also hitting the gathered Sikhs hard with a deceitful swoop. Bhai Mani Singh being a pious man had many sympathizers among the Muslims and court officials. So the news leaked out and the whole plan misfired. The gathered Sikhs were on caution and quite alert. So a number of Zakaria Khan’s men lost their lives at the hands of the escaping Sikhs.

Bhai Mani Singh refused to pay the agreed sum on the plea that the expected offerings did not materialize due to Zakaria’s hasty and fraudulent action. Thus Zakaria lost not only the money but also a number of his men and made a mockery of himself before his superiors, rivals, and commons. The angry, raging Zakaria obtained a Fatwa from a Kazi and got Mani Singh and his companion Dewan Singh arrested. As punishment, they were to either accept Islam and denounce Sikhism or to be pincered into pieces. Zakaria thought that the conversion of Jathedar of Akal Takhat would demoralize the whole of the Sikh community or his death would serve as a useful deterrent. Heroically, Bhai Mani Singh belied Zakaria’s hopes. He was all smiles when he was cut piece-meal on June 24, 1737. He steadfastly refused to get converted or to divulge any information on the Sikh armies. It is believed that when

Bhai Mani Singh’s life account undoubtedly shows that he was the paradigm of greatness, self-surrender, self-sacrifice, scholarship, and swordsmanship. He served as an anchor for the Sikh community in the most delicate times. He can rightly be called “Sant-Sipahi” or a saint soldier and a Martyr.

An extraordinary Sikh of Guru, Extraordinary writer and scholar, Extraordinary Martyr of Panth. There won't be a second equal of Bhai Mani Singh Ji who gave his 7 sons' head at Guru's service and entire his family including father and his brothers. 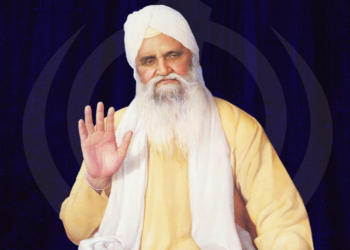