2022 Marks the 285th Anniversary of Bhai Mani Singh’s Shaheedi. He was martyred by dismemberment (cutting joint by joint) at Lahore in 1737 following the orders of Governor Zakaria Khan.

Bhai Mani Singh was born on 10 March 1644 A.D* at village Alipur, district Muzaffargarh (Multan Region). He came for a glimpse of Guru Har Rai to Kiratpur with his father Mai Dass for the first time and stayed back for service of the Guru’s institution.

He was married at fifteen to Bibi Sito, the daughter of Bhai Lakhi Rai. After the battle of Nadaun of 1690 A.D., Guru Gobind Singh entrusted him with the service of Diwan. At the time of leaving Anandpur on the night of December 20-21, 1704 A.D.

In May 1705 A.D., at the call of the Guru, he reached Talwandi Sabo where the Guru got him to write the original manuscript of the Holy Granth and prepare some copies. In 1708 A.D., Mother Sunder Kaur sent him from Delhi to Amritsar to be the Granthi of Harmandir Sahib.

In 1735 A.D., Zakria Khan, the Governor of Lahore, ordered village headmen and landlords to finish Sikhs of their areas. He also appointed Diwan Lakhpat Rai, an enemy of the Sikhs, the administrator of Amritsar, and Qazi Abdul Razak as the police chief.

By orders of Zakariya Khan, Bhai Mani Singh was executed at Nakhas, Lahore in December 1737 AD. The Nakhas has since been known as Shaheed Ganj – the place of martyrdom. The executor had chopped off Bhai Mani Singh’s wrist. Bahi Mani Sing JI laughed and said follow the instructions of your master, cut me joint by joint. The executor was confused and Bhai Mani Singh said you cut my wrist, my fingers are joints too. *Date of Birth of Bhai Mani Singh is debatable. Read the Detailed Biography by clicking here.

The day commemorates the martyrdom of great Scholar Bhai Mani Singh Ji, who accepted cutting his joint by joint for the Dharma, for Sikh Values. 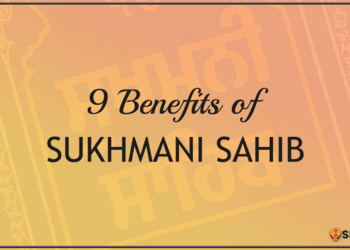