In the cold nights of Poh, Guru Gobind Singh Ji, the Tenth Patshah Sahib, his entire family and thousands of Singhs created an unparalleled history by risking their lives. 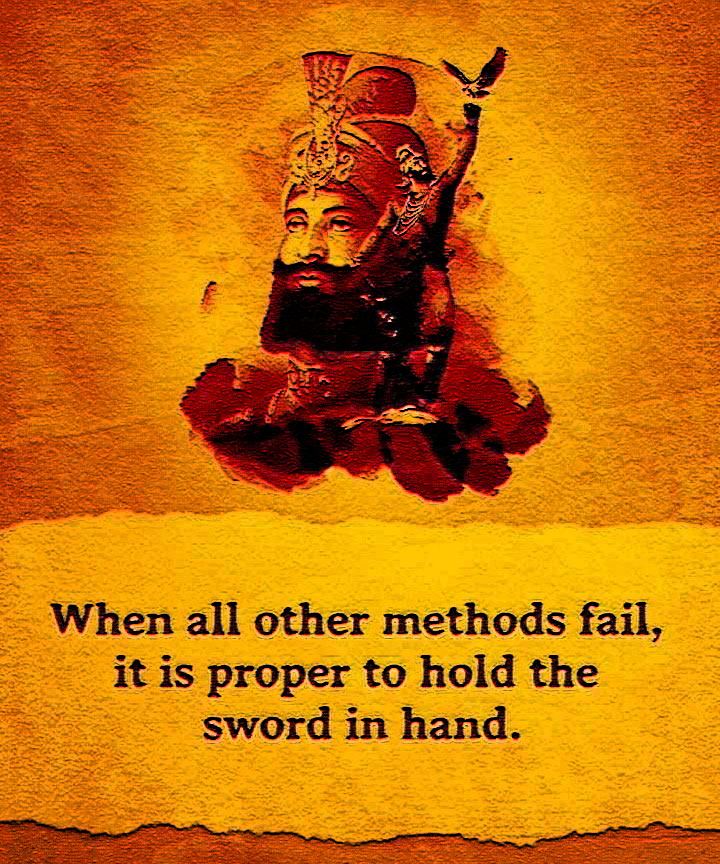 Nowhere in the history of the world is the story of such a unique martyrdom found. The eldest sons Baba Ajit Singh Ji and Baba Jujhar Singh Ji were martyred in the battle of Chamkaur Sahib. The younger sons Baba Jorawar Singh Ji and Baba Fateh Singh Ji were martyred by the then Mughal government and Mata Gujri Ji also drank the cup of martyrdom. But Guru Ji considered it as the sweet will of Akal Purakh which became an example of sacrifice for the world.

Among the battles fought against oppression and injustice, the Battle of Chamkaur Sahib is considered to be one of the most unique and unique battles in the world. The background of this war starts from the holy land of Sri Anandpur Sahib that began on 6th and 7th Poh 1761 (1704 CE), when Guru Gobind Singh abandoned Qila Anandgarh and Sri Anandpur Sahib forever, despite having knowledge of the hill chiefs of Baidhar and the political establishment of the Mughal government.

Prequel to the Chapter

It is an interesting chapter of history that before the martyrdom of Mata Gujri Ji and the four Sahibzada’s, Guru Gobind Singh Ji had sent his father Guru Tegh Bahadur Ji to Delhi at the age of 9 years to be martyred. With this martyrdom, the Guru was fully aware of the radical policy of the Mughal government. The Guru founded the Khalsa Panth on Baisakhi in 1699 and raised an army of fearless Singhs. Because the soldiers of the Mughal army were not as enthusiastic as the Guru’s Singhs and this was soon understood by the enemy soldiers. For which they retreated from the battle and laid siege to Qila Anandpur Sahib.

The attackers laid siege to Anandpur Sahib which lasted for several months. All-access roads were closed. Singh fought valiantly. Due to the heavy siege of the Mughal forces in the long battle of Sri Anandpur Sahib and the daily battle, the number of Khalsa forces was decreasing day by day. Grain and water reserves are running out. There was a severe shortage of fodder for livestock and horses. Many Bahadur Singhs and horses went hungry. Siddique’s patience was being tested. Despite repeated shouts from the enemy that if any Singh wanted to go empty-handed, he would be let go. No Singh waved from Siddique.

But even some of these Singhs, numbering 40, turned their backs on the Guru and decided to leave Anandpur Sahib. Appearing before the Guru, the Singhs begged, “Gurdev, we want to go.” The Singhs gave it in writing, which has been called unclaimed. These Singhs left Anandpur Sahib and headed for home. But as they moved away from Anandpur, the pain of separation from the Guru began to bother them. Sometimes the feeling of love is only in separation. When they got home, they were completely embarrassed, but now the time had passed

It had been more than eight months since the enemy army laid siege to Anandpur Sahib. The Khalsa forces were fighting the enemy with great patience. The fort was running out of water. The time came when four Sikhs would come out of the fort and attack the enemy on one side and two Sikhs would be martyred and two would loot as many supplies as possible and bring them inside the fort. Time passed in this situation. The Mughals and the hill chiefs were also fed up with the protracted war.

Eventually, the attackers made a move. He conveyed to Guru Sahib a message written in the name of the Quran by Emperor Aurangzeb. Simultaneously, letters of the cow’s oath from the hill chiefs and sworn oaths of the Quran by the Mughal rulers were sent to Guru Sahib. In all these letters it was written under oath that if Guru Sahib left Anandpur Sahib he would not be attacked. But Guru Sahib was well aware of this move of the opponents.

Guru Sahib, to convince the Sikhs of his point, made a puppet filled with animal bones and placed a silk cloth over it. Mughals felt that it contained very valuable goods and then Guru Sahib sent this raft out of the fort. Seeing this, the Mughals, forgetting their promise, attacked the herd and started looting the goods. The Guru showed all this to the Sikhs and said that the Turks could never be true to their promise.

Although Guru Gobind Singh Ji was well aware of this move of the opponents, at the insistence of the Singhs they were ready to leave Anandpur Sahib, and then preparations for the evacuation of Anandpur Sahib began. While living at Anandpur Sahib, Mata Gujri had brought up the Guru and pampered him. Mata Sundari had heard stories of her childhood from Mata Gujri. The murmur of the waters of the Sutlej was heard. It was here that Mata Sundari saw the Sikhs practicing their weapons and the Sahibzadas laughing, playing, and giggling. Mata Ji had seen Ajit Singh climbing the ladder of youth and mastering the art of war.

After all, every moment of life was intertwined with diamonds of memories, and today, leaving this place. Her heart was trembling, eyes were filled with tears. Finally, on the night between 6 and 7 Poh 1761 Bikrami (1704 CE), Guru Sahib along with his family evacuated the fort and marched towards Kiratpur Sahib.