Diwan Todar Mal Ji, the adventurer and kind hearted man who bought the most expensive land in the world for the cremation of little princes. Diwan Todar Mal is a great character of Sikh history who bought the most valuable land in the world for the cremation of sons of his Guru. With this unique work, he became one of the most revered personalities of the Sikh Panth.

There is not much information in history about the birthplace, family, life, and heirs of Diwan Todar Mal. He is believed to have been a Jain of the caste and an ardent devotee of the Guru’s house. He was then a wealthy merchant of Sirhind province and a muezzin courtier.

According to an article by Balraj Singh Sidhu (SP), according to Patiala State Gazetteer, his native village was Kakra, which now comes under Sadar Samana police station. Even before his birth, his ancestors had left the village for business and settled in Sirhind. His wealth, government influence, and splendor are evident from the fact that his residence (Jahaz Haveli) was near the palace of Wazir Khan, Governor of Sirhind.

On 13 December 1704, Sahibzada Zoravar Singh, Sahibzada Fateh Singh, and Mata Gujri were martyred by order of Wazir Khan. After their martyrdom, no one dared to cremate him properly.

Fearing the government’s wrath, no landlord of Sirhind dared to hand over the land. Eventually, Chaudhry Atta, a landlord, agreed to sell the land, but he made it a condition that the price of the land should be paid in gold. He is said to have taken the price by erecting gold coins.

At that time, the size of gold Ashrafi was about a quarter of an inch and the weight was about one tola. About 2×2 meters would have been taken for the cremation of Sahibzadas and 2×1.5 meters for Mata Ji. For this, about 7800 Ashrafis (78 kg gold) would have been laid.

If the Ashrafis had been kept standing, then about 78000 Ashrafis (780 kg of gold) would have had to be laid. Due to this all the capital of the Diwan Todar Mal was spent on buying land and the house was mortgaged, but he did not care about his loss and rendered great service to the Guruji and the Sikhs.

Wazir Khan was a cruel and ruthless man. He had martyred the whole family of Baba Moti Ram Mehra in Velana just because he had served Mata Gujri Ji and Sahibzada with milk in the cold tower. So how could he afford to have someone cremate him?

When he found out about this ‘sin’ of Diwan Todar Mal, his anger fell on Diwan. For the protection of his family, Diwan had to leave his home and business.

Thus Diwan Todar Mal Ji became the hero of Saka Sirhind. The Sikh Nation will always be indebted to and remember this brave and kind-hearted personality. His Jahaz-Haveli was accorded full respect during the attacks on Sirhind by Baba Banda Singh Bahadur and later Sikh misls.

On one side Kumma Mashki, Bibi Lachhmi, Pathan Nihang Khan, Bhai Nabi Khan-Bhai Gani Khan, Begum Zainbunima, Nawab Malerkotla, Baba Moti Ram Mehra and family and Diwan Todar Mal Ji set new records of humanity and on the other side Gangu Bahman, Nawab Sucha Nand, Wajid Khan excelled in ruthlessness and dishonesty. All of them indebted Sikhs with either favors or Cruelty, we must remember both. 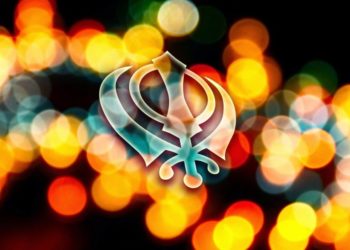