Prominent Sikh Scholar Dr. Ganda Singh published a research paper on False mutiny of 1857 and produced the fact that it was never an Independence war for India. 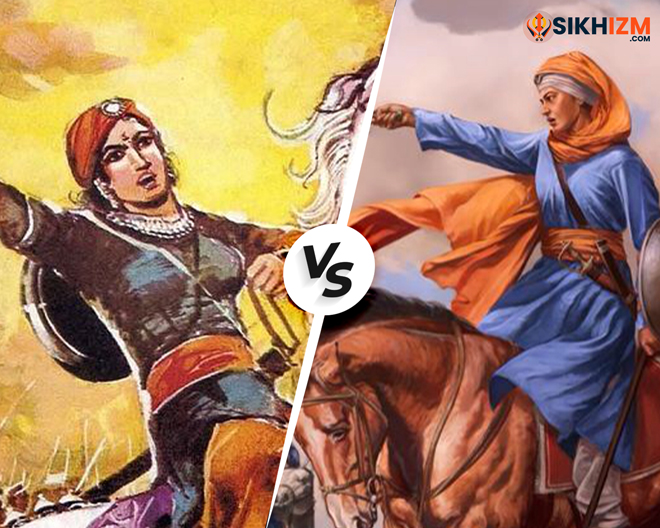 Conference on Indian Mutiny of 1857

In 1957, on the 100th anniversary of the false mutiny, Which was presided over by eminent historian Dr. Ganda Singh. The Nehru government convened a conference on the subject of Why the mutiny of 1857 failed.

The conference was attended by eminent scholars from different parts of the country. The accent of the so-called scholars was the same as all they had a weird determination to target and humiliate Sikhs. They also aimed to establish leaders of Gadar of 1857 as folk heroes by covering up the crimes of their false princes. They turned ropes into snakes and were determined to maul the sacrifices of the lions.

But the humiliation and blasphemy were not tolerated at all by Dr. Ganda Singh. He was aware of the fact that all others wanted him to be a president so he could listen to their shit-talks about Sikhs.

What has Dr. Singh done to restrain the Malign Intentions?

Dr. Ganda Singh was the heir of those who stumbled upon the thrones with a clear conscience and a conscience dedicated to the Guru, then what was the value of a convention presidency !! Dr. Sahib refused to swallow the poison, that is, by resigning from the presidency while sitting on the stage, he immediately slapped ‘Biparvad’ in the face and demanded time to speak from the stage.

At that time the dust came out from under everyone’s feet but there was still an earthquake to come. When Dr. Ganda Singh roared like a wounded lion on stage, the so-called scholars began to tremble like Gandhi’s goat. Calling Fateh, he began to say

“Never before in history have there been so many uneducated people sitting in front of me who have forgotten this grace. Today people have forgotten that we cut the chains of slavery of the Mughals that had been around your neck for 700 years when the first voice of freedom was blessed by Guru Nanak. Babur was exalted as a tyrant (after this Guru Sahib’s sacrifices by which Sikhs saved India from foreign invasions)

The truth of Laxmi Bai

The Queen of Jhansi whom you crowned as the Queen of Freedom; fought for which freedom? Her husband was a drunken and tyrannical king. After his death, Lakshmi Bai began to rule the Jhansi. The poor and oppressed people of Jhansi appealed to the British and Jhansi was captured by the British.

After this, he wrote three letters to the British. In the first, he wrote that I should be given a pension of two lakh rupees a month. The British refused, saying that if She had children she could get a pension.

He adopted a child on the advice of his loyalists and wrote another letter saying that now that I have adopted a child, a million annual pension should be imposed. The British replied that if the king had been adopted alive, the pension would have been paid, but not now.

Then the Queen of Jhansi wrote a third letter to the British saying give me two lakh rupees, including Jhansi, I am yours and my soldiers will help you fight against the rebels (for two lakh rupees they will join the British and send their soldiers to kill the Indians). The three letters are in London.

Truth of Tantiya and Nana Sahib

The rest of the heroes, Tantiya Tope and Nana Sahib, you are talking about, were all wicked tyrants. People were many times happier under British rule in comparison to these men?

It is worth mentioning that the victorious General Sardar Sher Singh had defeated the British in their strongholds of Ram Nagar and Chelianwali. He was the son of the great warrior General Sardar Sham Singh Attari. Governor-General Hugh Gough had to resign because of Sher Singh Attari & the same was taken captive and kept in the fort of Allahabad which was occupied by Nana Sahib.

What freedom were they fighting for?

On the other hand, the soldiers who revolted declared to their king Bahadur Shah Zafar that the Mughal government with which they had been wielding swords for centuries, for which we had laid down millions of martyrs, would help in laying the foundations of this government. What was the point?

We were free and prosperous. We had our own great empire. Here we lost Ranjit Singh, there you attacked us associating the British? We fought like knights with our heads held high, with minimum weapons, we fought like lions, we beat you and the British. We won the war but lost because of the betrayal by your elders LAL, DHYAN, and GULAB; who were they?

Who was Namak-Haraam in Khalsa Raj?

You have looted our property at the behest of the British. You have committed heinous crimes. Muslim witnesses and the British themselves are witnesses to this. How did you insult your daughters and sisters?

There is only an 8 Years gap between 1849 to 1857. At that time there were more than ten thousand Khalsa men in jails. Thousands of missing Sikh generals were imprisoned. Singhs were banned from riding horses. We had a rift and you used to pierce our eyes like a thorn at that time and from above you were looking for our support in this meaningless fight?

Thank us that We didn’t beat you with our shoes. It is important to answer this lie of yours so that the world may know what is the truth of the false mutiny of 1857. I will write a book tonight. Saying this, Dr. Sahib took permission.

Many so-called intellectuals slipped away from what was yet to be spoken, many cut off their names and many became busy rewriting speeches.

It is a historical fact that in the infiltration of 1857, valuables of the Sikh Empire were looted from the fort of Fatehgarh by the so-called revolutionaries.

VD Savarkar first gave the name of this looting in a very clever way to the war of independence in 1907 through an article and then what else is there?

Sikhs have been and are being portrayed as villains to suppress their psyche. Many Sikh heroes have also accepted this lie as true because we are taught what they want. We never want to read our history on our behalf.

Probably this is the reason why we know Lakshmi Bai from our childhood. But eventually, we come to know about Mai Bhag Kaur, when the world tells us that your mother Bhag Kor is amongst the three bravest women in the world.

The story of this lie overshadowed the martyrdom of Ghadari Baba, Udham, Sarabha, and Babbar Akalis. Perhaps that is why this story was projected.

The Indian Mutiny Of 1857 And The Sikhs

A Research Paper published by Sikh Scholar Dr. Ganda Singh to expose the truth of the False Mutiny of 1857.