Home » Downloads » Download The Indian Mutiny Of 1857 And The Sikhs by Dr. Ganda Singh

Download The Indian Mutiny Of 1857 And The Sikhs by Dr. Ganda Singh 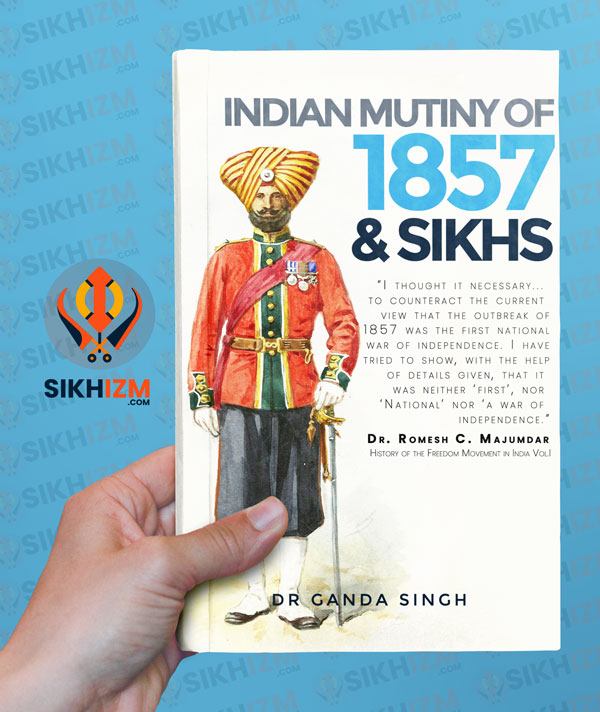 The Indian Mutiny Of 1857 And The Sikhs PDF

Dr. Ganda Singh was a prominent Sikh Scholar. He was given the opportunity to preside at the conference on the Indian Rebellion of 1857. Nehru govt organized this conference to deduce why the Indian Mutiny of 1857 got failed?

There were many other scholars from the entire nation, and during their speeches, they somehow convicted the treachery of Sikhs for the failure of this Gadar 1857. Soon Dr. Ganda Singh realized the malign intentions of this conference and he resigned from the presidency on stage without a second thought. Then he came on the mic to present his opinion, and with facts, he proved that this was a sepoy mutiny and never a war of independence.

Dr. RC Majumdar in his book “History of the Freedom Movement in India Vol. 1” wrote “I thought it necessary… to counteract the current view that the outbreak of 1857 was the first national war of independence. I have tried to show, with the help of details given, that it was neither ‘first’, nor ‘National’ nor ‘a war of independence.”

This speech was full of indignation and he whacked the so-called scholars with wet shoes. The present book has two research papers in it, one that was written for the conference and the other was later published with the factual details titled The Indian Mutiny Of 1857 And The Sikhs. Enjoy the download and leave a review below.