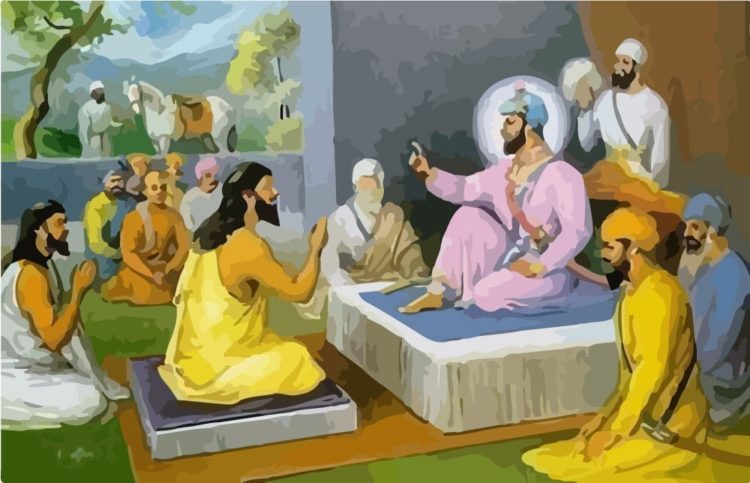 Ever you heard about Samarth Ramdas – Guru of Maratha Shivaji Chhatrapati? Well, we’ll let you know about him, starting from his roots back to the Sikhi. After the martyrdom of Guru Arjun Dev Ji, his successor, Guru Hargobind, seeing that the tyranny of the Mughal authority in India had become unbearable, reengaged the rosary to the treasury and accorded sanction to the use of steel in the defense of Dlrarma and for the protection of the oppressed.

He himself wore two swords on the occasion of his succession at Akal Takht at Amritsar as emblems of spiritual and temporal authority – Piri and Miri – the combination of Deg and Tegh – the kettle to supply food to the needy, the sword to smile the oppressor. This was the first step towards the transformation of Sikhism Into a militant church.

Mohsin Fani, a contemporary of Guru Hargobind, tells us in his Dabistan-i·Mazahib that ‘the Guru had seven hundred horses in his stables, and three hundred Cavaliers and sixty artillerymen were always in his service.’ This was the first corps of Sikh volunteers raised by the Guru at Amritsar. It was near the site of the Khalsa College that the Sikhs fought in 1628 their first battle against the Mughal forces of Emperor Shahjahan.

But Guru Hargobind was not a mere soldier. He was primarily a saint, a Guru, the sixth indirect spiritual inheritance from Guru Nanak. He had taken to martial ways with a view to creating among his people a will to resist and preparing them to stand up to the tyranny and oppression of the ruling race: Guru Hargobind’s reply to a question by the Maratha saint, Shri Samarth Ramdas is very significant. During his rambles in Northern India, Samarth Ramdas met Guru Hargobind at Srinagar in about 1634.

Fully armed and riding a horse, the Guru had just returned from a hunting excursion. ‘I had heard that you occupied the gaddi of Guru Nanak?’ said Samarth Ramdas. Guru Nanak was a Tyagi sadhu – a saint who had renounced the world. You are wearing arms and keeping an army and horses. You allow yourself to be addressed as Sacha Padshah, the True King What sort of a Sadhu are you?’ asked the Maratha saint.

Guru Hargobind replied: ‘Internally a hermit and externally a prince. Arms mean protection to the poor and destruction to the tyrant. Baba Nanak had not renounced the world but had renounced Maya i.e. self and ego-

These words of Guru Hargobind found a ready response In the heart of Ramdas, who, as quoted in “Pothi Panjah Sakhian’ spontaneously said, ‘this appealeth to my mind- “यह हमरे मन भावती है’. He found in the words of the Guru an expression of his own inner spirit and latent Ideas.

He seems to have realized that the Marathas, who had much in common with the people of Punjab in their physical and spiritual make-up could well imbibe the spirit of the Guru and collaborate with the Sikhs in resisting and vanquishing the Intolerant Mughals.

The vision of Guru Hargobind and Samarth Ramdas was fulfilled In the eighteenth century.

Guru Hargobind was a great missionary as well. It was a result of his own work and that of the orders of Udasin and Masands and other organizations encouraged and strengthened by him, that the faith of Sikhism spread beyond the boundaries of India. To this Mohsin Fani bears witness saying that there were not many cities in the inhabited countries where some Sikhs were not to be found.

Extracted from A Brief Account of the Sikhs by Dr. Ganda Singh – Prominent Sikh Historian.

The historic encounter must have left an impact on Samarth Ramdas. It may have encouraged him to consider armed resistance against an oppressive, tyrannical rule. We know that in his later years he did emphasize on exercises and physical training and highlighted the warrior’s role in society:

He established temples of Hanuman in towns and villages to convey the importance of exercise to youth and taught them to get together and fight the enemy.

​
Samarth Ramdas was of course not the only one to be influenced by the teachings of the Sikh Gurus. Writing about the “Udasi Sampradaya“, Jasbir Kaur Ahuja mentions:

…the most illustrious Chela of the Paramhansa, Swami Vivekananda often uttered and introduced into his writings the Sikh mystic formula, Vaheguru. In the same manner, Swami Vrihanand, the founder of Arya Samaj was influenced by the Sikh philosophy of the Name, which is the true essence of Veda…”

The present incident has been taken from a Marathi History Book when Guru Hargobind responded to a question of Samarth Ramdas - Spiritual preceptor of Chhatrapati Sivaji Maratha.

Sikhism Quiz - 120+ QAs to Enhance your knowing about Sikhi 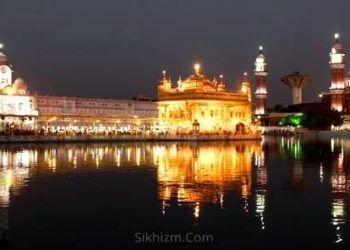