100 Sakhi is such a bizarre Granth that kept the warrior Nihang Singhs enthusiastic and awake, kept the Namdhari Sikhs intoxicated, and kept the British in check. This is a unique and wonderful book in which the events written in it are far more interesting than the interesting future sentences. 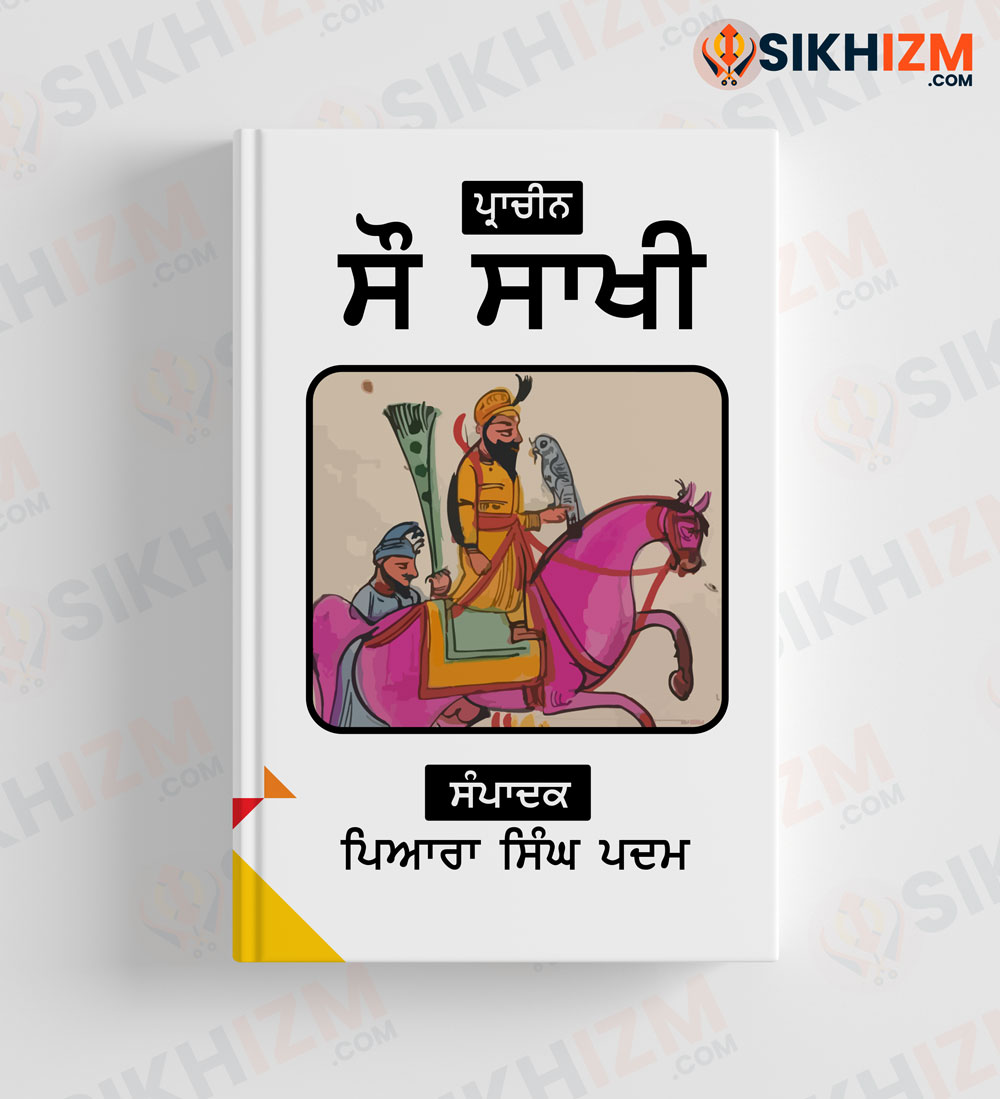 It is a well-established tradition in Sikh history that when Guru Gobind Singh passed away at Nanded in the south, far from Punjab, the Sikhs were deeply saddened. For the reassurance of the sad Sikh Sangat, Bhai Ram Kuir Ji used to recite the anecdotes of Gurughar in his village Ramdas, District Amritsar. He was a great-grandson of much-revered Bhai Buddha Ji. He took Amrit and renamed Bhai Gurbakhsh Singh.

His servant Bhai Sahib Singh Likhari used to write them at the same time. Gradually, after many years of service, this collection of anecdotes, “Panj Sau Sakhi”, was compiled which later disappeared due to non-preservation. The present Granth Sau Sakhi – 100 Sakhi – is considered to be a part of this 500 Sakhi Granth.

There is another story about the original Pothi of 500 Sakhi. It goes like – 500 anecdotes were split into 5 parts of 100 Sakhi each and distributed among Bhai Sahib Singh (the scribe), Kabul Mall, Multani Sura, Bhai Ratia, and Bhai Surat Singh of Agra. Now original manuscripts seem to be lost and books Published under the title “Sau Sakhi” are not authentic. Still, you can download Sau Sakhi PDF files – All 4 Punjabi and 1 English version we have arranged for you.

The Sau Sakhi is a controversial Granth that contains the oral tradition of Gobind Singh, they say. One English version of Sau Sakhi that is available today was published in 1873 edited by Sardar Attar Singh Bhadour. It contains a realistic picture of the events which will happen in the future they say. It contains KARNINAMA, MUKTNAMA, and many other stories and prophecies of the Khalsa Kingdom also.

The British destroyed a lot of the original version but there are some which remain today. They also released a lot of altered versions to create confusion amongst Sikhs and for them to doubt it. There are still a few handwritten manuscripts preserved at homes of various Gursikhs.

It is said that “Sau Sakhi” was the writing which made Raja Dalip Singh rise and start the fight against the British. He tried to shake hands with Russia but his plan was revealed by some snitch and later he died in a Hotel in Paris.

Another person claimed on Internet that Sau Sakhi predicted the 1984 attack in its Sakhi number 100. Saying a widower will be ruling & she will attack Harmandir Harmandir Sahib & that a Khalsa will build a fortress in defense.

Present 100 Sakhi may not be an original Granth and has many things that were never the part of Maryada of Khalsa or Sikhism. It describes a time during which Sikh women will make love to their servents and there will be general unfaithfulness. The Ganges will dry up. After eight years, Gobind Singh will send a martyr to be born and reign over the kings till Kolkata.

He will assume the appearance of a Singh, and with his army, Daleep Singh will drive his elephant through the world. Englishmen will reign in Loodiana and fight him. Kings will pray for death. Beautiful women will fly to obtain wealth. Khalsa will be in deep distress at that time.