A UP Resident Youth tried to enter the fence of Darbar Sahib, picked the sword later beaten to Death by the Sangat.

It may be mentioned that the youth tried to climb the fence and grab the kirpan but the youth was apprehended by the SGPC personnel present on the spot showing readiness. The man was beaten to death by Sangat outside then.

It may be mentioned that the youth tried to enter the Golden Temple and commit indecency, after which the SGPC task force apprehended the youth. The incident took place at around 6 o’clock when Rahiras Sahib was being recited.

According to the SGPC task force, the 22-year-old was a resident of Uttar Pradesh. Meanwhile, A large number of devotees gathered outside the SGPC office and demanded the body of the youth which was put to show later outside the gate. Police are investigating the whole matter. Pictures are coming out from CCTV recordings in which the young man is seen alone.

At 6 pm this evening at Sachkhand Sri Harmandir Sahib, while Singh Sahib Giani Baljit Singh ( who was serving in Tabia ) was reciting Bani of Sodar Rahiras Sahib, an unknown person jumped in front of him and tried to attack with a sword he picked from the Shastras decorated in front of Guru Sahib. Attempts were made to insult Guru Sahib as the feet of culprits were on Rumala Sahib at the time he was captured by assistant Singh Sahibans. 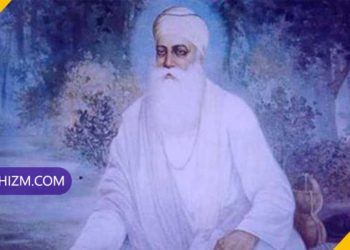