Book has an extensive detail of The Sikh Religion – Its Gurus, Sacred Writings, and Authors in a total of Six Volumes. The first five volumes have the Life and history of 10 Sikh Gurus and the Last Volume talks about all the Bhagats, their Lifestories, and Gurbani’s creation.

The Sikh Religion Vol.6 by Max Arthur Macauliffe explains the Life Journeys of all the Bhagats of Guru Granth Sahib in the English Language. It includes Bhagat Jaidev, Namdev, Kabir, Shaikh Farid, Ravi Dass to name a few. The complete index of the Book is given below:

Who was Max Arthur Macauliffe?

Max Arthur Macauliffe was a senior British administrator, prolific scholar, and author. He is renowned for his partial translation of Sri Guru Granth Sahib and Sikh history into English.

Macauliffe was the first English person who showed interest in the translation of Sikh writings. He had extensive access to a lot of manuscripts of Sikh Scriptures. His collaboration with prominent Sikh Scholar Giani Partap Singh brought the first translation of Sikh Scriptures in the English Language. Eventually, he accepted Sikhism as his religion and became MacAuliffe Singh. 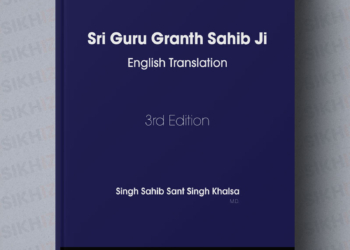